Traveling for the long weekend?  Anticipate waiting in traffic or to board a plane?  Why not take a break from staring into your mobile device or tablet and find your entertainment in the actual world and try playing a game of “Backstory”.  It’s a game that requires no batteries and is appropriate for all ages.  You can play it by yourself or even better, with your family.

We started playing “Backstory” when we were young and unmarried hanging out in NYC (mostly in restaurants and bars).  We were always on the lookout for celebrities, but often let down.  However, there were some fake-out moments.

When we saw celebrity look-alikes, we deemed them “Fake (celebrity name)”.  For example, ultra-skinny, long-faced girl with girly hair was “Fake Sarah Jessica Parker” or middle-aged man who looked like a scraggly drunk with blond hair was “Fake Nick Nolte” – actually, I think that was just Gary Busey that time… 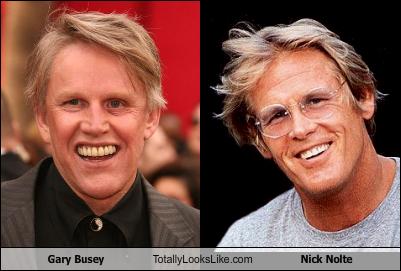 Anyway, even in stylish NYC not everyone looks like a celebrity, so when we didn’t spot a celebrity or a fake celebrity, we wouldn’t let the fun end.  We came up with the “Backstory”for these ordinary folks, gave them names, developed a small plot line and in 5 or 10 minutes would create a story nearly as compelling as the average sitcom.

You, too, can get in on the fun.  Why not try playing “Backstory” on this Memorial Day weekend?

If you’re playing with others you can:

It can be really fun, but there are some rules:

For example, while on our Honeymoon in Tahiti, we found these two strangers: 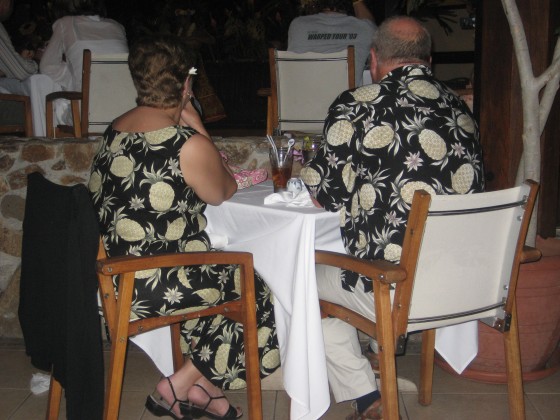 Together we decided that she was a woman named “Marjorie” who had been married to “Phil” for 35 years.  They lived in Canada and had a mutual love for all things fruity.  In fact, Phil was a well-known fruit distributor in their hometown.  They had saved a small portion of Phil’s bonus every year for the last 20 so they could take a fabulous trip with their family.  However, when their son, Tyler, got fired again for looking at dirty pictures at work, they decided to ditch the family, buy some fabulous resort clothing and fly first class to Tahiti.  So far, they were very pleased with their change in vacation plans.  Marjorie was looking forward to shopping for black pearls in the town square tomorrow.  Phil was looking forward to the nightly show at the hotel and watching those half-dressed Polynesian women shake it again…

We may have broken rule # 2 in that particular “Backstory”….oops.  We couldn’t help ourselves…

By the way, “Backstory” can also be an ongoing game. It can make an otherwise dull daily commute into a quick and fun little ride.  I see the same commuters everyday on my 40 minute train ride and actually know very few of them.  They have no idea that I know each one of their “Backstories”…

It would be awesome to hear what kind of “Backstory” games you all come up with?  Please share!